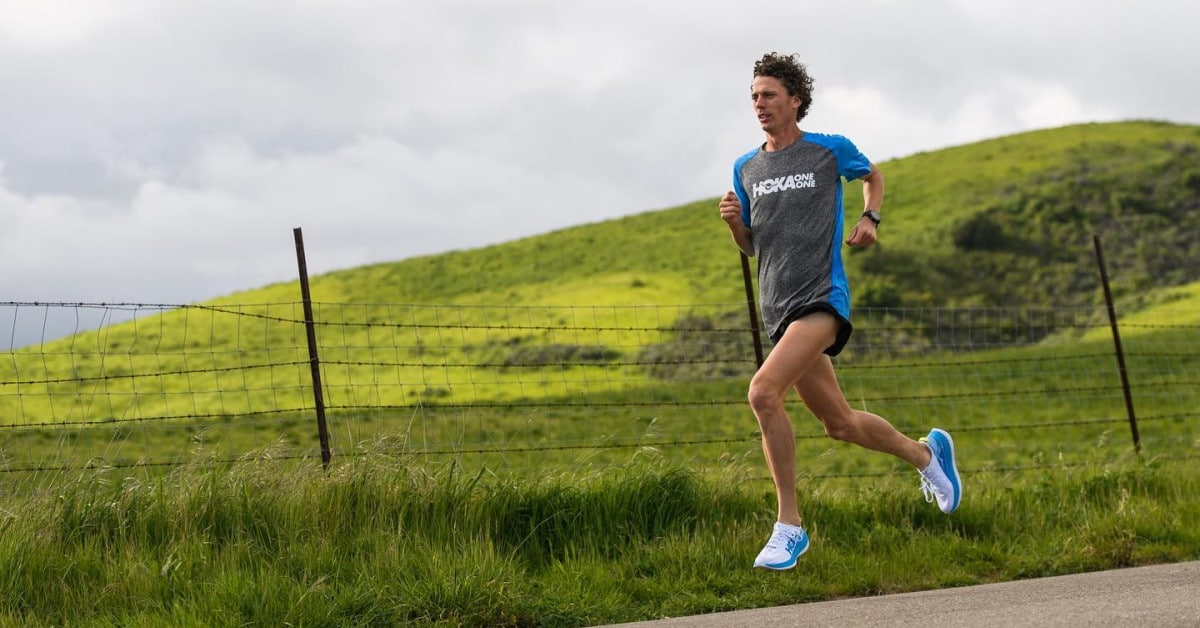 Last week, US-runner Jim Walmsley ran the 100 km in Arizona on January 23, 2020 in a phenomenal time of 6 hours 9 minutes and 25 seconds. He was only 11 seconds short of the official world record set by Japanese Nao Kazami. Fortunately for Walmsley, it was an American record. Images surfaced on the internet showing Walmsley finishing his ultra-run of more than 6 hours with powerful 7-mile strides. What an impressive show of strength and endurance! We are already completely exhausted after a marathon and wondered how it is possible to run for 6 hours at a speed of 16 km/h? 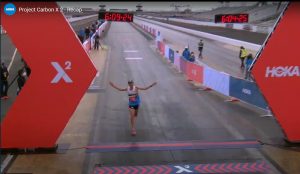 Jim Walmsley finishes in the invitational 100-kilometre record race organised by shoe brand HOKA. The occasion of the competition was the launch of the new HOKA Carbon X2 shoe.

Of course you need a lot of talent, training, perseverance and stamina, but how special is Walmsley’s performance compared to Eliud Kipchoge’s unique sub-2hour marathon and the world records at the classic distances?

And what about the fuel supply (especially the carbohydrates/glycogen) in his muscles? For us ordinary people, the muscles are already empty after about 30K and you are happy to reach the end of the marathon, without hitting the wall too severely.

Hans has experienced many times during the marathon that after about 30-35K his smooth pace changed into stumbling to the finish. As we know from our book ‘The Secret of Running’ this is because your stock of carbohydrates/glycogen is exhausted, so your muscles have to switch to fatty acids as fuel. But fatty acids provide much less energy and consume more oxygen, which is why your pace then slumps and you start breathing heavily. What about your fuel consumption during the 100 km? How can you run so fast and last six hours?

In this article we will provide an analysis of Walmsley’s special achievement and answer the above questions.

In the table, in addition to the names and times of the world record holders, there is also the speed and calculated power in Watt/kg. We have calculated these powers with our universal model, which is described in our books and various articles. Both the power to surmount the running resistance Pr and the air resistance Pa are indicated, together they form the total power Pt that the world record holders have had to run to meet their times.

We see an unambiguous and logical gradient, in which the speed and power become ever lower as the distance gets longer. The difference between the marathon and the 100K seems relatively large, with a speed decrease from 20.81 km/h to 16.25 km/h and a power decrease from 6.07 Watts/kg to 4.62 Watts/kg.

However, the question is whether this means that the world record at 100K is considerably less sharp or whether this is a logical consequence of the depletion of the stock of carbohydrates/glycogen which makes it impossible to maintain the pace?

The secret of the marathon and the ultrarun: the optimal fuel mix
In our books and also in several articles, we have previously deduced from biochemistry that the maximum power production in the muscles of a trained top athlete (fat percentage only a few percent) from the aerobic conversion of glycogen is 7.76 Watts/kg.

The energy production from the aerobic conversion of fatty acids is much lower, namely only 2.36 Watts/kg. This difference is, as we know, the reason for hitting the wall: when the supply of glycogen runs out, your muscles have to switch to fatty acids and that provides much less power.

In an earlier article we showed that you can easily calculate how fast you can run with a certain power: v = P/1.04. In the table below, we calculate the maximum attainable speed if our muscles use 100% glycogen and fatty acids.

The above table clearly shows that the speed drops enormously as the muscles switch from glycogen to fatty acids!

We have made a further analysis of the existing world records between 5K and 100K. For each distance we know from the previous table the total power that the world record holders have needed to run their times. We then calculated at which fuel mix (percentage of glycogen and percentage of fatty acids) these powers/speeds are possible. The result is in the table below.

For the 100K this is the first time we have made such a calculation. The question we immediately asked ourselves is whether the supply of glycogen in the body would be sufficient to deliver the calculated glycogen consumption? After all, we know from the marathon that this is very close and that the glycogen reserves are almost completely exhausted at the finish line.

In the marathon Kipchoge consumed about 1892 kcal of glycogen. In order to be able to deliver this, he has of course also taken up maximum sports drink on the road. The maximum intake of carbohydrates through the gastrointestinal tract during the marathon is often set at 40 grams per hour in the literature. During 2 hours this makes a contribution of 2*40*4 (kcal/g) = 320 kcal. This means that the glycogen stock in Kipchoge’s body should have been at least 1892-320 = 1572 kcal at the starting line. This value corresponds well to literature data on the glycogen stock in athletes.

At the 100K we made the same calculations, where we have now equaled the minimum available stock at the starting line to the value of 1572 kcal. Next we calculated how much carbohydrate intake would have been required to deliver the consumption. The result is an intake of sports drink/gels of 1059 kcal or 44 grams per hour. This value is therefore slightly higher than the generally used maximum of 40 grams per hour.

Conclusions
Jim Walmsley’s performance is not only impressive at first glance. To be able to run 100K in 6 hours requires more than just talent, training, perseverance and tremendous stamina. His speed of 16 km/h is only possible with a glycogen consumption of at least 42%, which means that the risk of depletion of the glycogen stock is very high. To keep this up for 6 hours, Walmsley apparently managed to absorb 44 grams/hour of carbohydrates in the form of sports drink and gels through his gastrointestinal system along the way. This is impressively high and will be partly the result of many years of training on ultra-running and nutrition (‘training the gut’). Despite the lower speed compared to the marathon, the record at the 100K is certainly not significantly less sharp and his performance can certainly be called very exceptional. Jim Walmsley is an inspiration to many! (but we’ll stick to the marathon ourselves…. 😀)