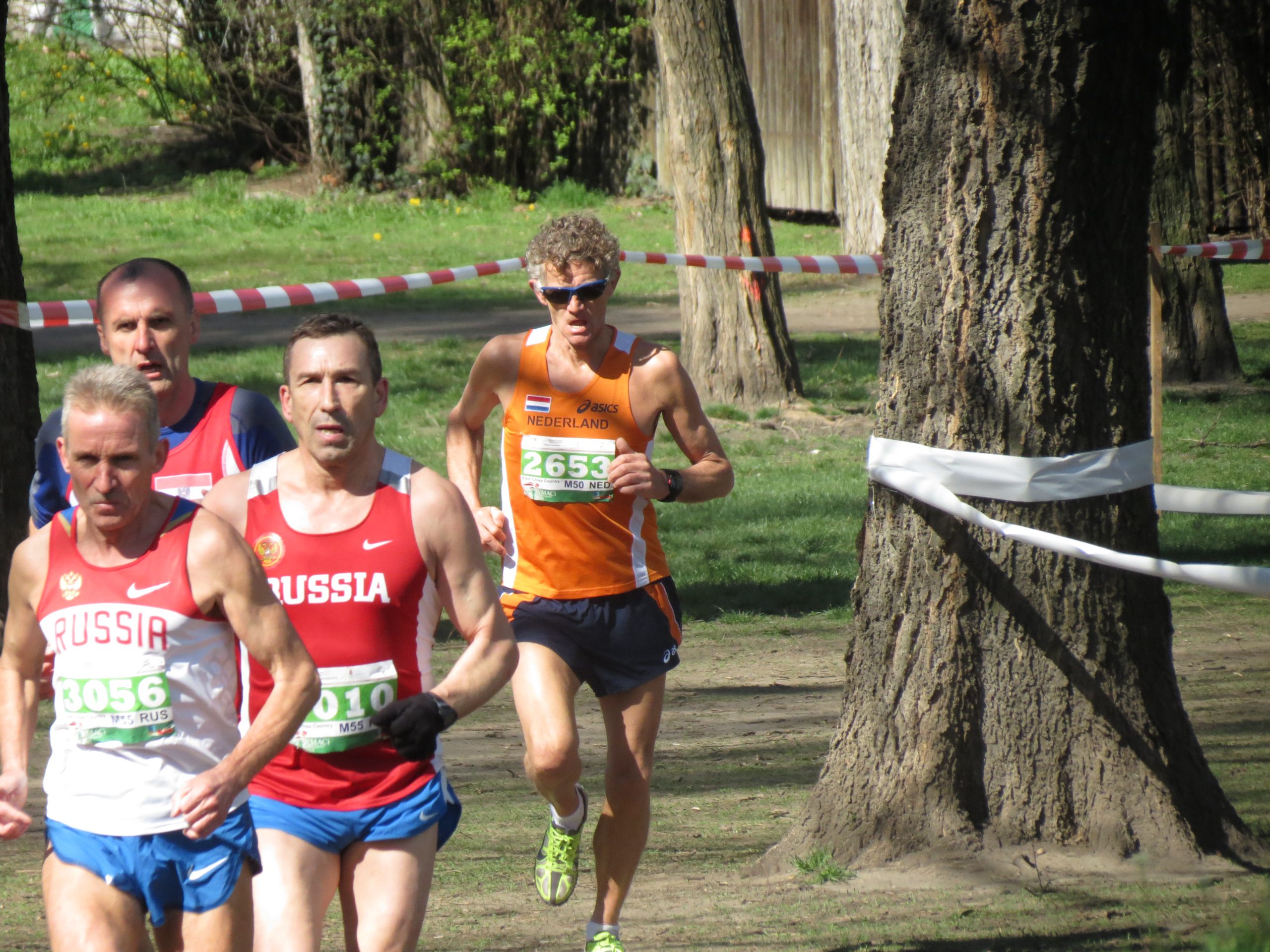 Last week we got into a conversation with Willem de Ruijter. Willem has his own running school and trains a performance group of athletics club BAV in Baarn. From our own experience we know that Willem is the address for running style training. He trains athletes of all levels. Athletes who train purposefully to improve their performance in races, but also beginners who want to work on their fitness. Willem can read and write with training plans based on heart rate and he is like many others interested in running on power (he also has a Stryd himself). Among his athletes, running with power meters is increasingly in demand.

Willem himself is a talented runner. In his age group he regularly makes it to the podium at the Dutch championships. Internationally we see him participate in just about all tournaments for masters, indoor and outdoor. He always is present at the cross-country races.

Running plans can be found on the internet. In our article Vary in your training last week we gave a number of websites. These kinds of plans are actually a kind of starting point. The same applies to the basic plans that performance trainers like Willem use.

Obviously, it starts with the athlete’s goals. Is it medium or long-distance? Or is it an athlete who runs the year around a variety of races and also goes for a marathon? The number of days and the amount of time someone has available is a second important question. Can someone train every day or is it preventively necessary to schedule recovery? Does the athlete run a lot of races so that training targets have to be target on race paces?

And of course, training is not just about following a plan. The evaluation and adjustments are at least as important if you want to work towards great performance. Stryd offers a digital trainer on your shoe with the footpod. That’s nice. Especially if this suits you.

Of course, it never replaces the experience and personal approach that the trainer can give at an athletics club or running group.

The training doctrine based on power is no different at its core than usual. Of course, the human body is the same. Heart, lung and, muscles and your metabolism are still the same. If you want to start with plan on power as a trainer, you can therefore convert your own schedules to power as a start and gain experience and fine-tune from there.

In this way, the wattage can be calculated in all situations. Regardless of whether it is an endurance run, blocks, or interval over a certain distance or duration.

If you want to know where that factor 1.04 comes from, we refer you to an earlier article. At ProRun you can also find our calculator that takes this calculation off your hands.

For this it is necessary to know the FTP of the athlete. This Functional Threshold Power is the power that he or she can sustain for an hour. You can determine this based on race experience, you can read it in the running power curve  or determine it with a specific test .

Athletes who want to train with power in most cases have a Stryd. Stryd generates a wattage called critical power (CP). Simply put this is the wattage with which the athlete runs a 10 K. For performance-oriented runners, that’s (much) shorter than an hour. Consequently, the CP is a few percent (maximum 5%) higher than the FTP.

5%? That 5% goes for an athlete who runs the 10 K in 30 minutes. This gives you a general rule of thumb as a tool. Doubling or halving the distance or time makes a difference of 5% in wattage. During a 5 K the athlete can run with 5% more power than during the 10 K. The half marathon runs the athlete with 5% lower power than a 10 K for the best performance. 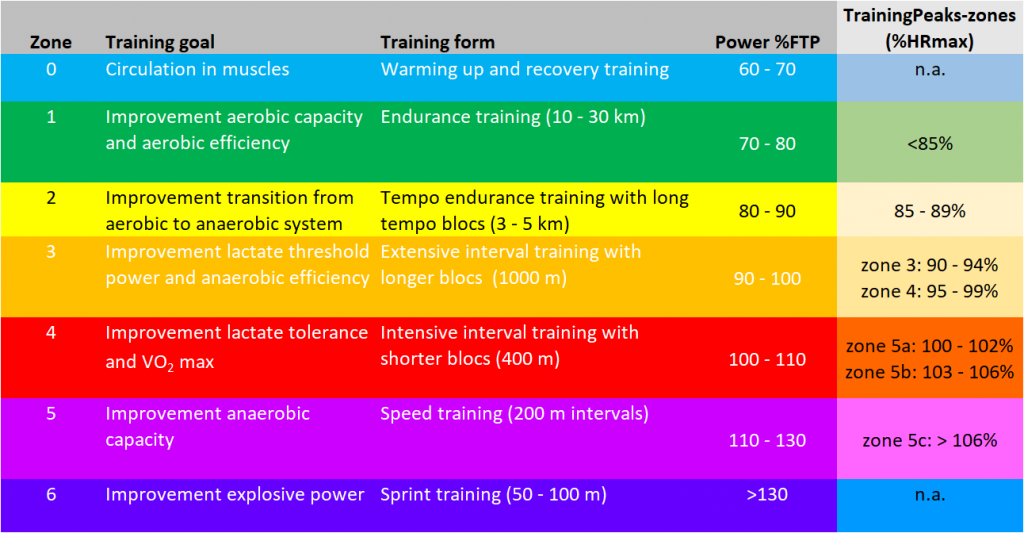 Below the table, using a schedule we borrowed from our athletics club Altis, we worked out a two-week sample schedule.

The diagram below is for an athlete with a CP(critical power) of 302 Watts. He got this value from his Stryd. Stryd automatically adjusts the CP. If the athlete improves through training, the value increases and he benefits from training at higher power. If the CP decreases, he would do well to slow down a bit and build up from there.

In the second week of the schedule, a race is scheduled on Tuesday. If he chooses the 10 km, he focuses on the wattage of his CP (300 Watts). For the faster 5 km he should race at 315 watts.

Depending on the training form, the other days the wattage ranges are given with which you have to run. The ranges are related to the FTP from the table above.

If instead of the FTP the CP has been used to draw up the schedule, the athlete would do well to stay slightly below the maximum wattage. After all, the CP is in most cases slightly higher than the FTP.

Depending on what you want to achieve, schedules differ. In our free e-book The easiest way to a PR: Running with Power (in Dutch, Enlish edition is in progress), this is explained, even if you train not on power but on heart rate.