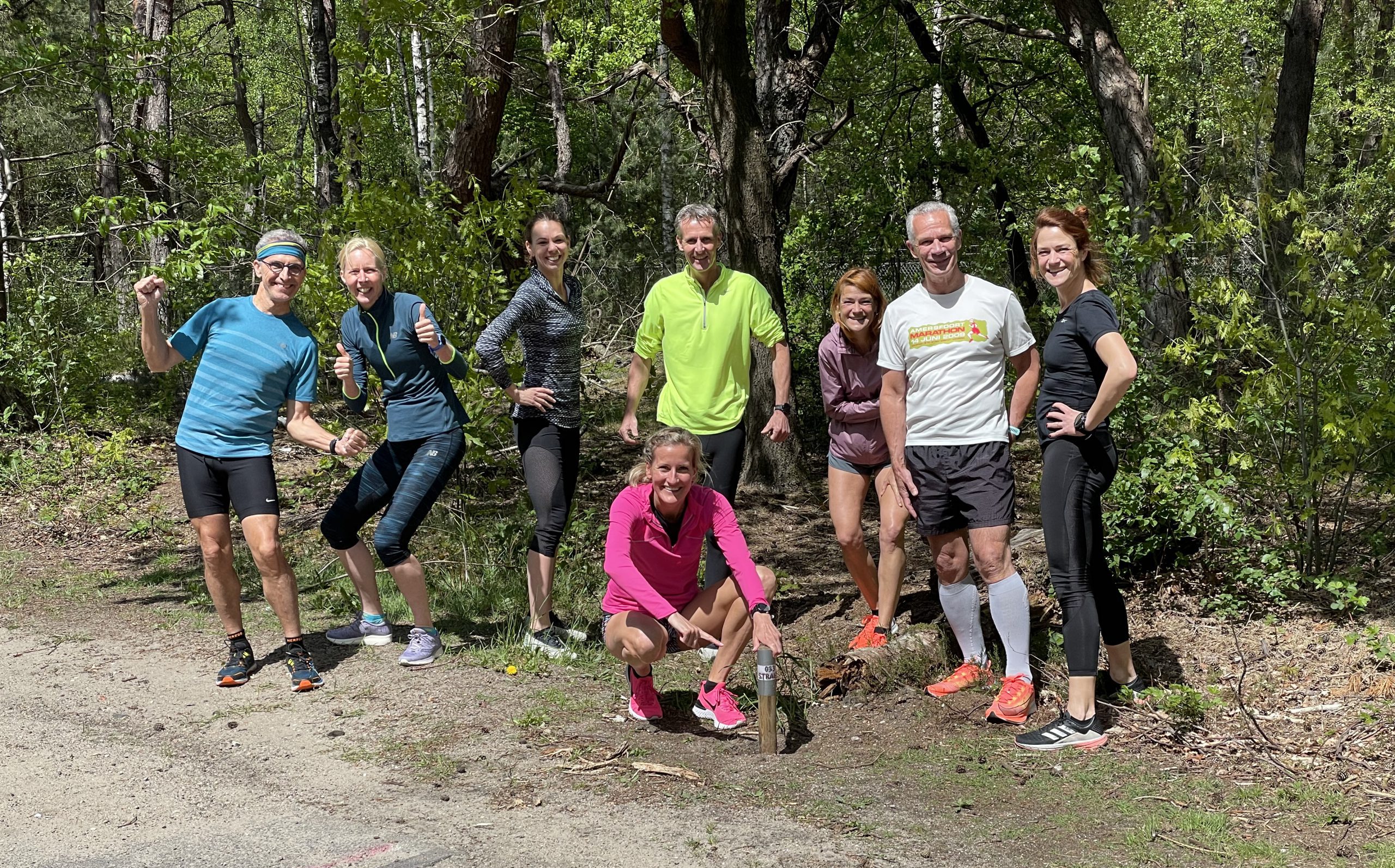 In theory, there is no difference between theory and practice, in practice there is… This tile wisdom once again turned out to be completely correct. What was the case? It turns out at the end of this story.

Last week we discussed the successful 033 Strava Circuit,  a by many appreciated virtual Corona running event. In the meantime, the organization is ready for the fifth and final segment (of 6 km). Participation is open until Sunday 6 June 2021. Even if you haven’t participated before, you’re welcome.

The organization opted for a challenging segment around Soesterberg’s estate De Paltz, domicile of the famous Dutch artist Herman van Veen. Not a meter is flat. It has three climbs and as many long descents.

Last week came the good news that Tom Dumoulin is going to the Tokyo Olympics. To ride the time trial there. Tom’s specialty. Tom’s really looking forward to it.

That reminded us of the 2018 Tour de France. Tom won the exciting time trial of the 20th stage. Just how Tom conquered the hills in that stage, exercise scientist Teun van Erp later told tv.

Such a time trial is meticulously prepared. So to speak, meter by meter, Teun recorded the power with which Tom had to cycle to set the fastest possible time. The assignment was clear. Tom had to cycle all the way out to the finish line. Not before, because hitting the wall would cost Tom a lot of time. And no later than the finish, because then he could have been faster.

On his bike computer, Tom could always see his power. Tom won. That is of course his own merit, but without the input of Teun van Erp, it remains to be seen whether he would have succeeded.

The possibilities of a cycling power meter led us to the idea that this would also be great for running when writing the book The Secret of Cycling. A revolution in running. That led to our book The Secret of Running Running with Power has now found its way into the precise Stryd. 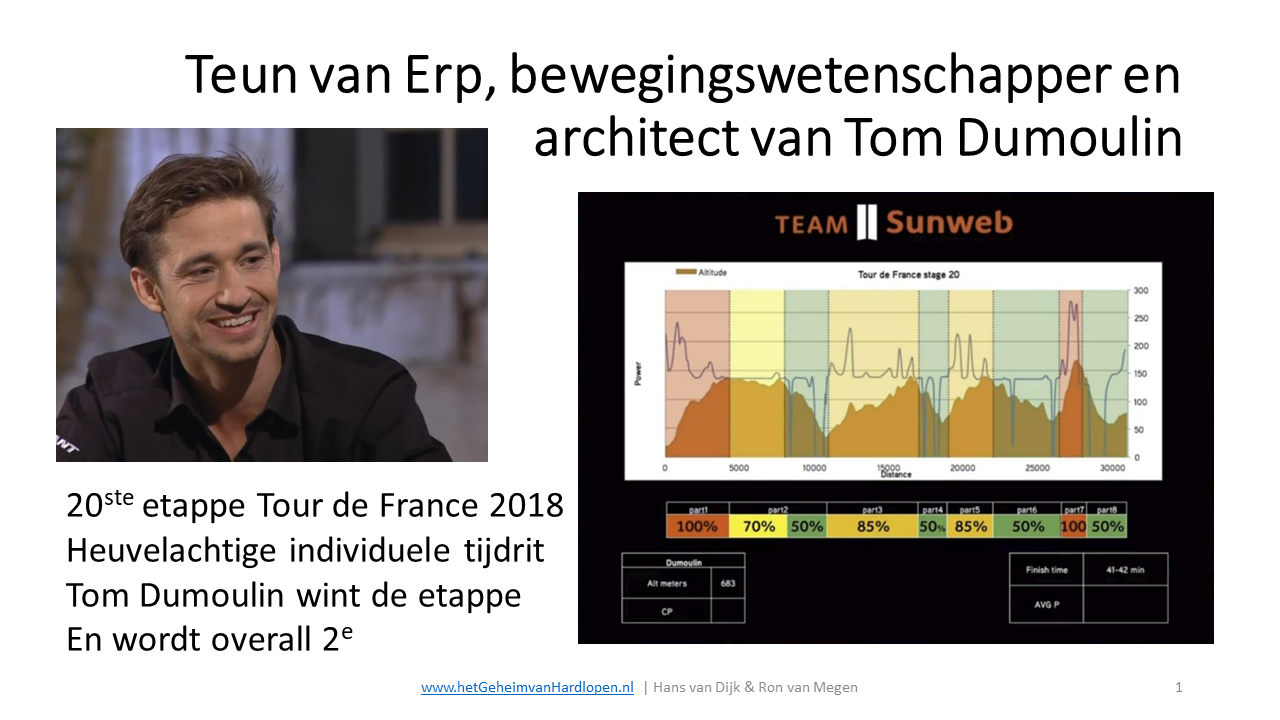 From cycling to running

Segment 5 of the 033 Strava Circuit 2.0 offers the ideal opportunity to show how to apply power in running. There are differences with cycling, of course. In a descent and in a bend, a runner can’t freewheel and recover a little. You have to keep powering.

To determine your fastest achievable time on segment 5, we do not need Teun van Erp. That’s what the Stryd running power meter apps are for. Stryd PowerCenter asks for a file with data from the course. If you’ve already run it, you can find it in Garmin Connect, Polar Flow, Stryd Power Center, and all sorts of other platforms like this. In races it can sometimes be found on the website of the race. You can also ask a running friend.

Ron therefore ran the segment twice at an easy pace on Friday. You can then download the .gpx or .fit file. This contains all the information of the course. Height differences in particular are important.

PowerCenter itself extracts the distance from the read-in file (see image above). The average elevation of the course also emerges automatically. You have to indicate at what elevation you have trained. In the Netherlands, of course, this is pretty much the same level. But if you train on the plateau in Ethiopia or Kenya, you have an advantage at sealevel. And the other way around a disadvantage. PowerCenter takes this into account. Similarly, the temperature is important. The humidity only at high temperatures (in case evaporation of your sweat causes less cooling of your body).

Based on your personal critical power and power duration curve, you will automatically get the race power to set the fastest possible time for you. Then you are empty right on the finish line with a satisfied feeling.

For Ron, the advice is to run flat at 284 Watts. That means you run uphill slower than average and downhill faster. That takes getting used to. Many of us tend to take a hill firmly. With a red head breathing down the top and then catch your breath again in the descent. Then you don’t run your fastest time.

In the image below you can see in grey the elevation of segment 5. If Ron averages 284 Watts on this segment, it yields a calculated race time of 30:01.
The blue line shows the calculated speed on the slopes if he sticks to that 284 Watt neatly. Slower uphill, downhill faster.

This is the theory. 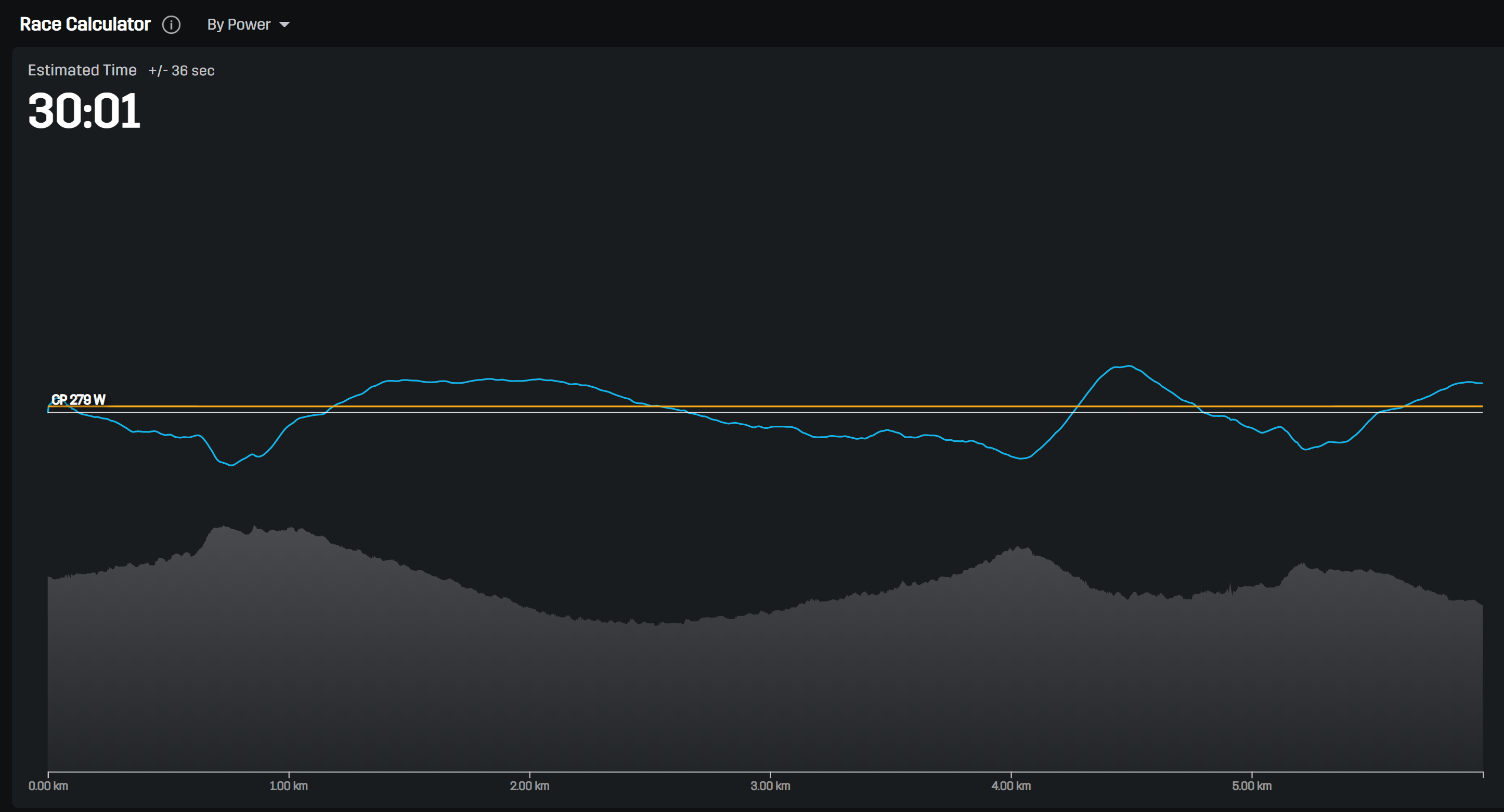 When segment 5 was explored on Friday, it was dry. In between the showers, even a moment of sunshine occurred. On Saturday, the attempt had to take place. It seemed to rain a little less. That’s why Ron got off to a fast start after a very short warm-up.

A rookie mistake. In the first descent, the 284 Watt proved just too high for the still stiff legs. Then the weather forecast appeared to have overlooked a downpour….

Unfortunately, time alone does not count for the classification of 033 Strava Circuit 2.0. The dark clouds, the rain and the wet foliage appear to have caused such a deviation from the GPS that Strava did not recognize the segment. While Ron really ran from pole to pole ….

There’s nothing left but to try again. Under better conditions. And with a few watts more.

There is no need to look at your watch all the time to check if you are running with the intended power. You check that every now and then. With changes in slope, you can check if you are still OK.

The last 20-30 meters before the top of the 1st (and 3rd) climb is extra steep. Ron ran there at 350 Watts. No problem. You don’t have to slow down and reduce power for such a short stretch. That would be a sub-optimization which is not necessary.

On a course like this, you notice that it’s no use to run at pace or heart rate. Power clearly has added value.