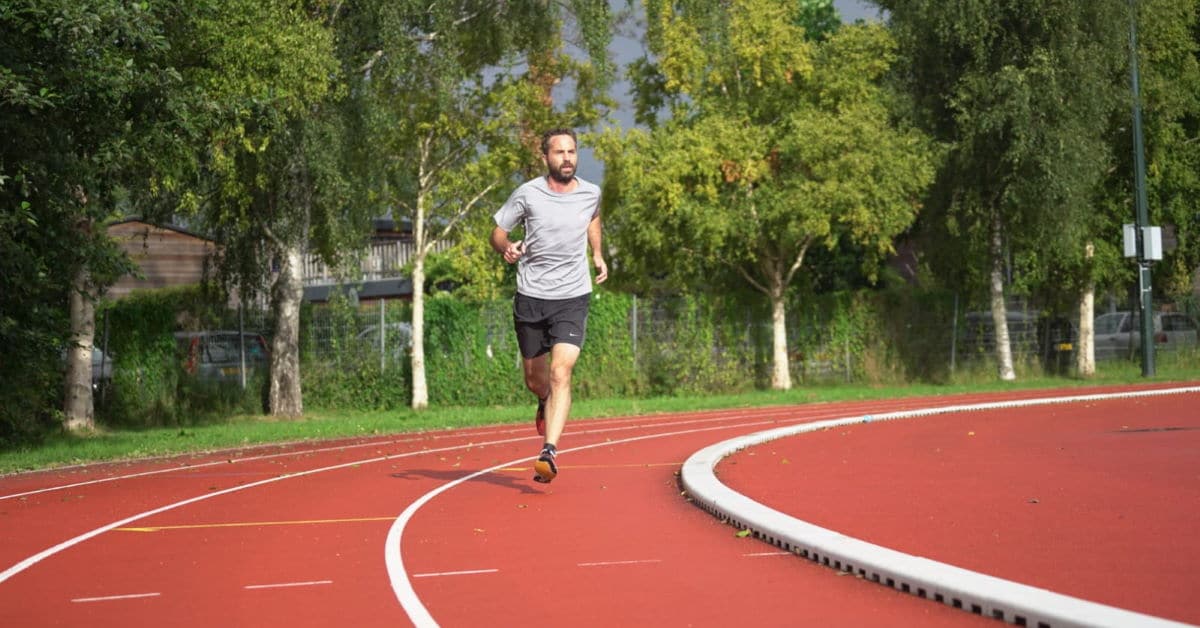 On August 1, ProRun.nl launched the concept of The Fair Ranking. Despite the heat of the past few weeks, about 160 runners have entered their performance at a race or training round on the website. So we can now present an initial analysis of the ranking. And that contains plenty of surprises! For example, the classification is led by Marjon Pijl, a 64-year-old woman who ran the half marathon in 1:47:46. She scores significantly better in The Fair Ranking than Sander Paridaens, a 28-year-old man who ran the entire marathon under 3 hours (2:58:35)! In regular races, Sander would of course end up far ahead of Marjon, but a match between a 28-year-old man and a 64-year-old woman is not a fair comparison.

How does The Fair Ranking work?

The Fair Ranking thus gives the fair comparison of your performance with others. The calculation is designed in such a way that a performance index of 100% corresponds to the maximum performance that is humanly possible (world record, world top). The table below gives an overview of the level based on the performance index:

How good is Marjon Pijl?

Her 1:47:46 at the half marathon corresponds to a performance index of 84.5%. This means that she is of a national level and could definitely compete for the medals at the Dutch Masters Championships. We have therefore contacted her and recorded her inspiring life story.

It turned out that she had never heard of the Dutch Masters Championships and was completely unaware of the fact that she was so good. Last year she participated in the Montferland Run, where she was ‘only’ 32nd in the W45 with a time of 1:13:26 on the 15K. But of course, as a 64-year-old it is also not a Fair Ranking against women of 45 years! In January 2020 she ran a 5km in 21:45, a time that would have been good for a silver medal behind Carla Ophorst at last year’s Dutch Masters Championships in the W60!

Following the example of Marjon Pijl, we see another unexpected and surprising aspect of the Fair Ranking, which is that it has the impact of a talent show! All kinds of runners like Marjon Pijl, who are completely unaware of their talent, suddenly see that in their performance index. Who knows, that might also lead to an influx of new talent at the Dutch Masters Championships!

Standout performances have also been provided in recent weeks by 52-year-old Peter de Bruyn (2nd in the standings with a 10K in 37:49, corresponding to a performance index of 79.4%) and 61-year-old Pipo Nonkel (3rd with a 3K in 11:26, performance index 77.9%). Both are therefore well of a regional level and may well reach the national level with an optimal performance, as the heat of the last few weeks will have had a negative impact on their performance. Kudos should certainly also be given to the oldest participant in the classification, 76-year-old Emiel de Jong, who ran a half marathon in 2:08:56 and thus scored 67.7%.

Co-author Ron van Megen introduced 3 performances of the past few weeks (a 5K, a 10K and a 15K). His scores were close (63.6%, 64.5% and 65.8%), confirming that The Fair Ranking formulas give reproducible results. It was also confirmed once again that Ron is a bit better as the distance gets longer.

We are very excited about these initial results. Our expectations about The Fair Ranking are confirmed: it makes sense and fun to compare the performance of runners fairly based on the performance index. From all sides we also hear that many runners find this an inspiring classification. Top runners at the masters have already told us that they are going to submit performances.

The Fair Ranking is not only fun, it is also useful. By participating with different distances you can see which distance is your best or what you could pay more attention to in your training plan. If you participate regularly, you can easily see if you are getting better. The performance index then increases. Fill in what’s going on when the performance index gets less….

In addition, we see from the example of Marjon Pijl that The Fair Ranking can also act as a talent show. In the coming years, she will no doubt be entering the Dutch Masters Championships, thus strengthening the field of participants. How wonderful would it be for the Masters Athletics if other runners through The Fair Ranking also started to discover and develop their talent better?

We will therefore analyse the ranking on a monthly basis and will continue to write pieces about the results and our conclusions.

You log into your free or paid account with ProRun. Here you enter what time and distance you have run. This can be the result of a (virtual) race but can also be a fast training round. The best comparison is made if you go for a distance that is close to a regular race distance: 3K, 5K, 10K, half marathon or a marathon.

ProRun.nl then calculates your performance index. Your performance index determines your Fair Ranking. Regardless of the distance, your age or your gender. Then you really know your place and you know who is actually running in front of or behind you.

Try it out for yourself!