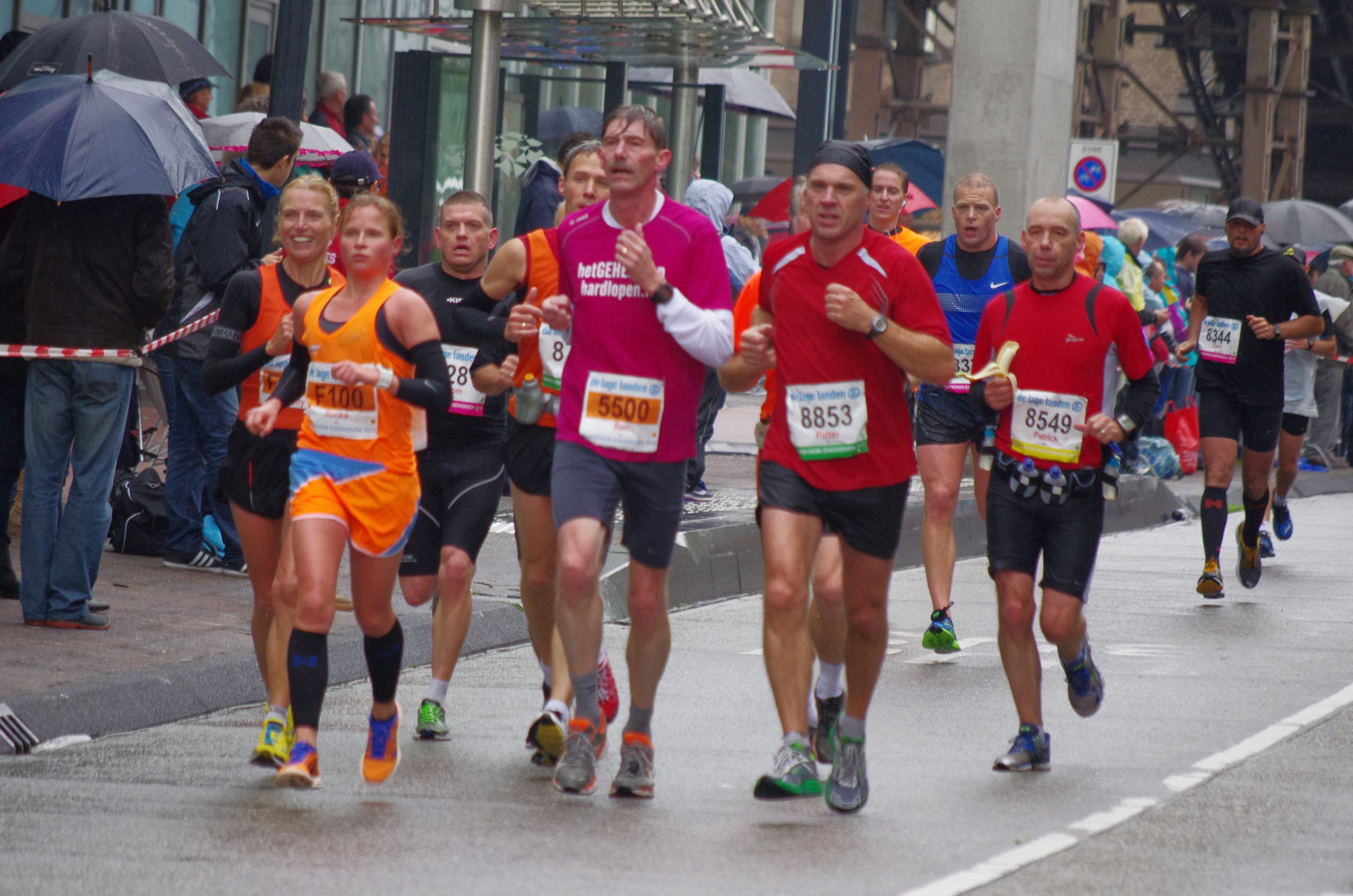 We got a lot of reactions to The Fair Ranking. In this paper we will discuss the most frequent questions and answers.

Every month you can participate again. That helps you if you want to set a feasible goal. Not to mention, it’s one of the simplest and best ways to determine the progress of your fitness. Have you gotten better? What was your relapse from that injury or the flu? Is your training having an impact? Without guesswork, you can now establish your real personal performance index in The Fair Ranking.

What is the Performance Index anyway?

Your personal Performance Index indicates your performance level compared to world class level men or women of your age. It corrects for differences in age, gender and distance. The maximum score is 100%, which is the level of the world best athletes. Ordinary people logically score a lower percentage. How much lower depends on your level.

So it’s mostly about my own fitness?

Indeed. And by regularly participating in The Fair Ranking, you can see how your fitness develops over time.

Does it matter what distance you run?

No, it doesn’t matter. The calculated Performance Index is independent of the distance. Whether you have the same level at all distances from 3K to marathon is another story. This depends on the distances you train for.

Does it matter that the distance is exact?

No, it doesn’t matter. The calculation of the performance index takes this into account. In the classification you can also make a selection of participants who have, for example, run the 10K or half marathon. To get into that selection you have to run that distance at least. Otherwise, you will fall back into the selection of a shorter distance.

Under what circumstances do I score the best Performance Index?

You can assume that world records are generally run under ideal conditions. That also applies to your own performance. You will run the best time on a flat and paved track with few turns with little wind and an ideal temperature.

How does the heat wave affect your Performance Index?

Ron can be found three times in the August 2020 standings. He has run three times at 25-26°C and little wind. The 5K, 10K and 15K yielded a Performance Index of 63%, 64% and 65%. Traditionally, Ron is a little better as it gets longer. The half marathon was always his strongest distance.

The 15 K was run at 26°C. With the calculator of The Secret of Running you can calculate that his time at 8°C would not have been 1:16:39 but 1:13:34. The Performance Index improves by 2% over that time. Just assume that elite athletes also suffer from the heat at 26°C. The comparison remains fair.

How many times can you participate?

What is the impact of age on the Performance Index?

When you’re young, you get stronger and stronger every year. Around the age of 30 you are at your strongest and you can produce the sharpest times. After that, it gets a little less every year. That’s why The Fair Ranking determines your level relative to peers. If the 21-year-old runs the same time as his 30-year-old brother, the 21-year-old brother has a better performance index and  is higher in the Fair Ranking.

What is the influence of being male or female on the Performance Index?

Why is FTP in the ranking? What does that mean?

FTP is short for Functional Threshold Power. This is the power that you can maintain with your human motor (heart-lung muscles) for an hour. If the distance is less than an hour, you can run with a higher power. If it is longer then you have to adjust your power downward and thus run at a slower pace. Otherwise, you’re going to blow yourself up. The absolute world top in men has an FTP of 6.4 Watts/kg. For the women this is 5.7 Watts/kg. If you know your own FTP, you know what you can do compared to the world’s top, and you can see from someone else’s FTP right away if you’re as fast as the other.

What is the reason that I’m higher in the Fair Ranking than my faster son?

Our running group is classified at about the same 10K times

This format is very sensible. This way you have the most benefit from the joint trainings. If everyone participates in The Fair Ranking, you will see that everyone also has about the same FTP. The Performance Index can vary considerably, however, due to the difference in age and gender. A woman in your group could have a level of 80% or more and is thus of a national level, whereas as a man in that group  can only dream of a podium place.

Why don’t you join? The results can be very surprising. And actually not because you could guess the outcome. The performance index is very precise.