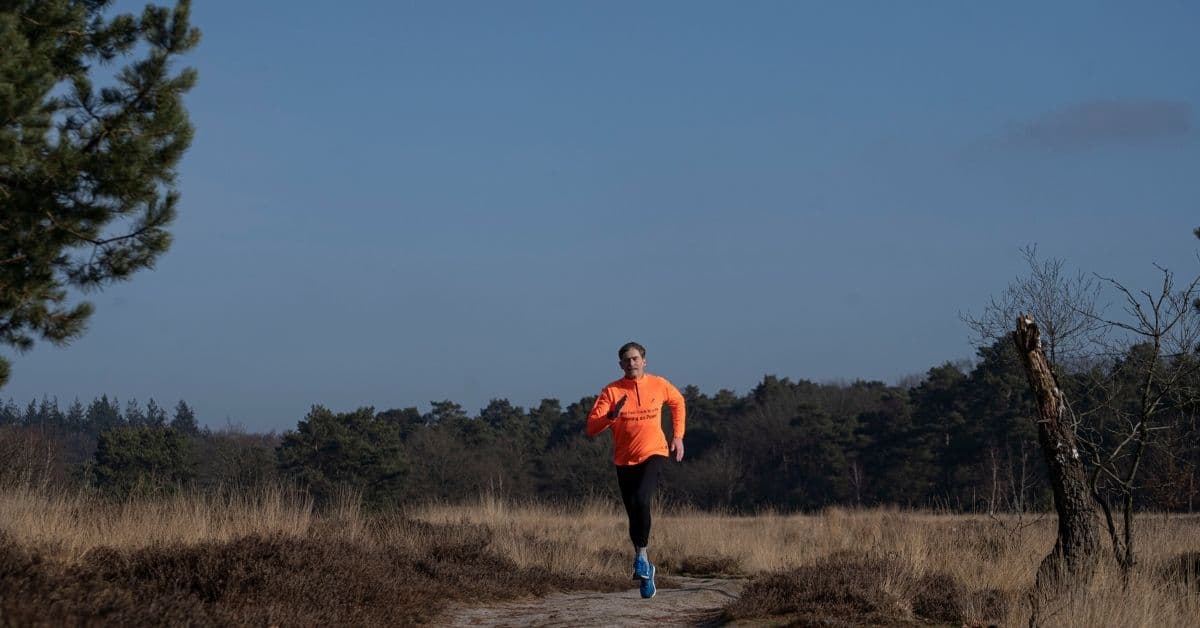 Storm Evert swept over the Netherlands on Thursday 11 March 2021. “Heavy wind gusts of 80 to 90 kilometers per hour occur throughout the country, and in the north and west from 100 to 110 kilometers per hour. The peak falls in the last hours of the morning and at the beginning of the afternoon. The storm is expected to move away around 2 p.m.”

Ron went out at 11:13 am in Leusden for a training round of about 10 km. Evert is the first spring storm of 2021. For the naming of storms, the Netherlands cooperates with the United Kingdom and Ireland. This has a logical reason. Most of the storms in our country originate from the Atlantic Ocean. Last year we wrote about the spring storms Ciara and Dennis.

Ron decided to run his training at the time that Evert was at his most powerful. A great opportunity to check whether the Stryd running power meter still measures the wind resistance well.

Wind Port
A power meter for a bike calculates the power from the power you put on the pedals. When the wind blows harder, you have to pedal harder and you see the wattage increase immediately if you maintain your speed. Our readers know that a Stryd determines power with the precision instruments in the footpod on the laces of your running shoe. Stryd uses a ‘wind port’ for the air resistance. This is a measurement method known from the flow theory that is also used, for example, in the aircraft industry. In fact, it measures air pressure differences. And since the height and weight of the runner is known, a good estimate can also be made of the cdA value, i.e. the frontal surface of the runner. Together, this offers enough information to continuously determine the air resistance during a run.

In Stryd’s PowerCenter, you don’t see the data this way. With GoldenCheetah, for example, it can be made visible (import the .fit file, go to Activities, to Data and to Raw Data).

The wind force was 7 Beaufort with gusts up to wind force 10. During the run, there was also some shelter of buildings and trees. In the Schammer, an inundation area where in case of flooding water from the Gelderland Valley is salvaged so that the city of Amersfoort keeps dry feet, the wind had free rein. At times the air resistance was a few times more than 100 watts! For running, that’s a lot. You’ve got a lot of work to do. It feels like you suddenly have to run up a steep slope.

It even yielded a new 5-second value and 10-second value for Ron’s power curve: 459 watts and 391 watts respectively.

We also show the wind data of weather station Weerplaza for Leusden. These confirm that the wind was strong during Ron’s training.

Wind is always detrimental for your time
The problem with wind is that it always works to your disadvantage. One reason is that even wind from the side together with the running wind produces headwinds. There are therefore more angles where the wind produces a disadvantage then there are angles where wind brings an advantage. We’ve explained that in more detail in an earlier article. In the graph above with the air resistance you can see that there were pieces with virtually no drag. Then you run easily. As on a flat treadmill.

For a workout, a strong wind is not unfavorable. You can turn it into a fartlek training. In a race, on the other hand, you won’t run a PB. However, by running smartly you can limit the time loss. The first tip is to find a group and hide in the group from the wind. Second best is that you always look where you have the most shelter or most backwinds. That will give you significantly less time loss.

Ron (80 kg) ran the training with an average of 263 watts. The air resistance averaged 5.58%. This is about double a day with wind force 3. Storm Evert therefore meant an average disadvantage of 10 seconds per kilometer. That’s seven minutes in a marathon.

If you’re running smart. That is, you are not going to spoil energy against the wind. After all, then you burn disproportionately more carbohydrates, which you will be short of later in the marathon and you will definitely meet the wall. Recently we showed in an article what the optimal fuel mix carbohydrates/fat (glycogen/fatacids) is with the world records at different distances.

The Stryd offers you the opportunity to dose your power. You can do this by paying attention to the wattage on your running watch and not running faster than the wattage that is feasible for you at that distance. In the graph you can see that the wind swallows up 40% of your power at times. Here, for better end results, it is wise to deliberately run a lot slower.

By the way, we do not expect that in practice you will be able to meet the theory of constant power for optimal results. If you can do it approximately, that’s nice.

Finally, we give the map from Garmin Connect to show how the wind was on the training. Every 500 meters Ron’s Garmin gives a lap. 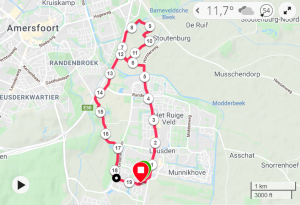 With our model we have calculated the impact. The map shows that, apart from shelter, Ron had mostly a cross head wind or cross tail wind. If we enter the average pace of Ron (5:37/km) and a wind speed of 54 km/h (15 m/s, wind force 7) in our model, we get the following results:

The fact that the average for this training round is 263 watts seems very plausible.