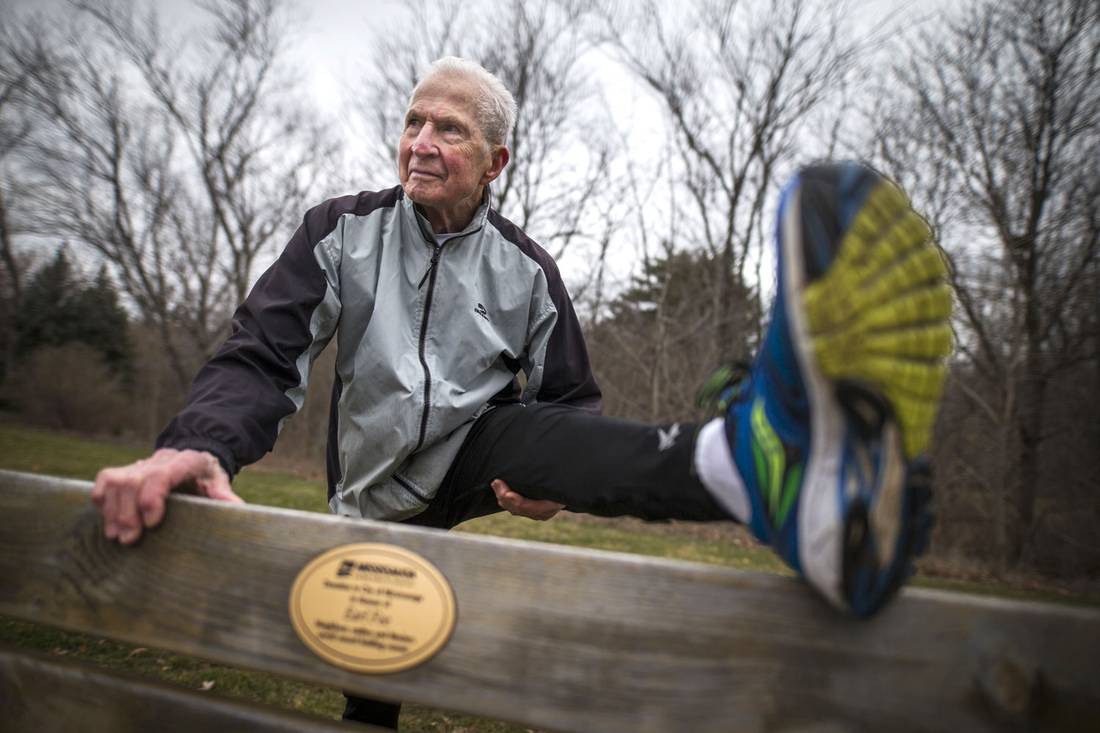 Some time ago we published 3 articles about the positive effects of training on health parameters and your life expectancy.

In the first article we showed that a high VO2 max significantly reduces the risk of premature death from cardiovascular diseases and also from other diseases including even cancer. We therefore introduced the concept of fitness age and a calculator to calculate it.

In the second article we presented an additional analysis of life expectancy. After all, your life expectancy is also influenced by other factors, such as smoking, diet, blood pressure, cholesterol, heredity, lifestyle and psychological factors (feelings of happiness, stress). These factors can be expressed in the concept of biological age. You can then determine your broad life expectancy, which is equal to the standard life expectancy plus the difference between your age and your biological age.

We concluded this article with the following 10 rules for a healthy lifestyle. If you live according to these rules, the chance to reach a high age is maximized!

Today and next week we will publish a 4th and a 5th article in this series. We think that in the first 3 articles we have sufficiently demonstrated that (running) training has great demonstrable positive effects on your health and life expectancy. But what about those other factors from the lifestyle rules, such as nutrition and your personality/psychology/lifestyle? Can we really demonstrate quantitatively how great the influence is on your health and life expectancy? And what is the causal relationship between nutrition or a positive attitude to life and the prevention of diseases?

Who is Earl Fee?

Earl Fee is an inspiring example of fitness and a healthy lifestyle. He is also a writer, poet and popular speaker. He has several books to his name, including The Complete Guide to Running: How to Be a Champion from 9 to 90 and 100 Years Young the Natural Way.

This book reads like the wise lessons of an inspiring uncle. It is the magnum opus of Fee with 646 pages and 37 chapters, in which he explains his vision on a healthy lifestyle and explains supporting literature and studies. It is divided into 3 parts: body, mind and spirit.

The section on body consists of 20 chapters on the importance of proper nutrition and training. We will not elaborate on this now, partly because we have treated or are going to treat these aspects in other articles.

The parts about mind and spirit consist of 16 enthusing chapters about the importance of a good healthy lifestyle and its positive effects on your health and life expectancy. With humor and many examples, Fee covers various aspects of ‘anti-aging’, which are related to your lifestyle and personality. In this article we will pick out some striking examples.

In our previous articles we had already seen that these properties have a positive effect on your health and life expectancy. Fee supports this with a number of strong examples from the scientific literature. In 2003, staff members of the University of Kentucky researched the essays written by 180 nuns in 1930. The researchers found that nuns who had used positive words lived between 7 and 10.5 years longer than nuns who used negative words! The nuns were of course perfect candidates for such a study because they all had identical lifestyles and habits. In other studies, including a famous one from Yale, on which various calculators are based, it was also found that optimistic, positive, happy people lived considerably longer. Several studies later explained the reason for the positive effect: positive thinking leads to a strengthening of the immune system and lower levels of stress hormones.

Fee emphasizes that ‘habits make you or break you’. The negative consequences of bad habits like smoking, using drugs, and eating too much speak for themselves, but he also insists that you can replace bad habits with good ones (‘we are what we repeatedly do. Excellence is not an act but a habit’). He cites a study in which it has been shown that on average you live 9 years longer if you stick to the 7 good habits (no smoking, sufficient training, no obesity, healthy eating, little alcohol, enough sleep and eating breakfast). Luckily, runners usually follow these habits ‘naturally’ and therefore will have an above-average life expectancy! These good habits even reduce the risk of developing cancer according to the American Cancer Institute Guidelines.

Just like our body, we also have to train our mind. Aspects of this are challenging your mind by learning new things, dealing with young and active people (‘you will never be old if you think young’) and minimizing watching TV (makes the mind lazy).

Here he cites studies showing that the risk of Alzheimer’s disease and dementia is 3 times lower in people who remain physically and mentally active. Of course, at the age of 90, he himself is also a living example of the positive effect of a healthy lifestyle!

Decluttering leads to less stress, clear thinking, more confidence and happiness and more energy, both physically and mentally. He distinguishes between physical clutter (be ruthless or your clutter will grow each year), mental clutter (learn to say no), time clutter (minimize watching TV and e-mail) and emotional clutter (learn to forgive and forget). A clear mind makes you happy, as you experience it during a run (explore Mother Nature every day).

Fairy is a supporter of Tao-ism. He emphasizes the benefits of this philosophy, giving you a calmer life and a more relaxed lifestyle. The core is to cherish simplicity and tranquility (‘live the simple life’), to be modest, to be attentive to others, to be satisfied with little, to enjoy nature and to accept life. If you can make a habit of this, you will live a quiet and contented life without stress hormones.

In short, Earl Fee is an inspiring personality who has written an interesting book that makes you think. The book is also easy to read, partly because of his humor and many anecdotes. For example, he always starts his lectures with the proposition that he knows the secret to earning $1 million quickly. At the end of his lecture, he then reveals the secret: his healthy lifestyle leads to staying healthy for decades longer and receiving more pension benefits!